Many people would give an arm and a leg for the chance to visit three fantastic countries in one tour package. This is what Egypt, Jordan, and Israel Tours do for you. Travel and see these ancient places and cities that have lots of stories about past civilizations. What would a typical tour across Egypt, Jordan, and Israel look like? Here is what such a trip might entail: www.egypttoursplus.com/egypt-jordan-israel-itinerary/

The Museum of Antiquities in Cairo

The first place you can visit in Cairo is the World Famous Egyptian Museum. Do you know that this museum hosts the most extensive collection of ancient Egyptian antiquities worldwide? Would you wish to see Cairo from the highest vantage point? Then you can include the Cairo tower observatory in your schedule.

The Giza Pyramids and Sphinx

You can then head to The Great Pyramids of Giza, which are a UNESCO World Heritage Site. Built for the ancient kings of Egypt, the Pharaohs; the pyramids are the oldest among the Seven Wonders of the Ancient World. Next, you can have a photoshoot at the giant Sphinx, the limestone statue of a mythical creature with a human head plus a lion’s body.

The Best of Jordan

The Dead Sea in Jordan

After you are done with Cairo, hop on a plane to Amman, Jordan. This is a bustling and modern city that boasts of a broad array of ancient ruins. You can visit the Dead Sea, which interestingly, is one of the lowest place on the earth’s surface. The sea also ranks among the saltiest water bodies globally. Note that the water in the Dead Sea is almost ten times the salt-content compared to ocean water! In this sea, you will easily stay afloat due to its mineral-rich properties. And what’s more; smearing yourself with Dead Sea mud is a favorite pastime at the seashore.

The next phase of Egypt, Jordan, and Israel Tours is Madaba, an old Jordanian town. This is where you can see the famous 6th century Mosaic Map of Jerusalem and the Holy Land. Do you know that Madaba is renowned for the unmatched Byzantine and Umayyad mosaics? Afterward, you can take a peep at Mount Nebo, where Moses was buried.

Petra, a UNESCO World Heritage Site and among the Seven New Wonders of the World, is a major attraction in Jordan. Petra is home to over 800 monuments carved from solid rock. Other unforgettable sights are the stunning Treasury and the 8,000-seat amphitheater.

The Valley of the Moon in Jordan

The fact that the surface of this desert resembles the moon, it is known as the Valley of the Moon. Touring the desert is easy with a 4WD vehicle or a camel. In this amazing part of the tour, you can be ready to see magnificent rock arches, narrow gorges, and towering cliffs.

Visiting the Church of the Nativity first is a splendid idea. This structure is known so due to the grotto that it is built around. This site is Christianity’s oldest continuously used worship venue, and Christians know it as the birthplace of Jesus.

Jerusalem ranks among the oldest cities in history. And three major religions-Judaism, Islam, and Christianity- treat it as their holy city. You can check out the Western Wall – also called the Wailing Wall, the ancient limestone wall in Jerusalem’s Old City. Other attractions that you cannot afford to miss include the Dome of Rock, the Church of the Holy Sepulcher, and Golgotha.

This is the tip of the iceberg as to how an Egypt, Jordan, and Israel Tour can look like. From city lights to starry nights, you will experience numerous incredible moments on one detailed trip.

Check out this tour: https://egyptandjordantours.com/egypt-jordan-israel-itinerary/ 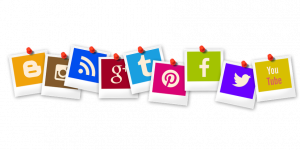